Because I am of great and magnanimous soul, I invited the novelist Carolyn Turgeon, author of the forthcoming book MERMAID, to write to you about whatever was in her head today.  This was a mistake, as she is quite mad.  I apologise for the following.

So you might be surprised to know that Warren Ellis hates mermaids. This is very suspicious to me – I mean, who hates mermaids? He has at various times told me that “I don’t know anything about goddamn mermaids!” and “I’ve never met anyone interesting who smelled like haddock” and then at other times, using shorthand, he has just written the word “fishtits” to me and I can only imagine the horror (yet slight desire?) that passes over his face as he does so, not to mention the way that word—and the grotesque yet seductive image behind it—very likely haunts his dreams.

I am sure that this mermaid aversion tells us something very profound and secret about Warren Ellis, but I sadly wasted much of my twenties getting useless degrees in Italian literature rather than psychoanalysis or what have you. But it is all totally Freudian.

He won’t even write about his anti-mermaid stance for my new blog, iamamermaid.com, in which I talk to many fascinating people about their totally normal and understandable love for mermaids, a love that Warren Ellis refuses to partake in. Due to a cold cold—even fishlike—heart? (Though as I point out on my blog, just because you’re half a fish doesn’t mean you have half a heart. But what if Warren Ellis is a whole fish?)

There is also a thin line between repulsion and attraction sometimes, as people who love Warren Ellis well know.

Anyway, he suggested that I write about my obsession with fishtits on his website.

Because I am extremely amiable and have a huge hot heart, unlike Warren Ellis, I said I would be happy to write about fishtits for said site. Warren claims that he would like me to do this so that he can selflessly help promote my new novel, Mermaid. I’m sure this generosity in no way has to do with Warren Ellis secretly wanting to know more about mermaids and possibly procreate with them or watch cinema classics like Talk Dirty to Me Part 3 (a 1980s porn version of Splash in which a 16-year-old Traci Lords plays a mergirl who learns to speak human by “talking dirty”) or anything like that.

That would be ridiculous.

I would now like to share with you ten reasons why you should not shun mermaids the way that Warren Ellis does, other than the obvious fact that Warren Ellis is a very bad role model and to follow him is to be led into a state of eternal sin.

One. Mermaids are hot, everyone knows that. They sit around on rocks brushing their hair and wearing seashells over their breasts and singing songs that make you want to jump out of ships and stuff. And when you start to drown they sometimes will save you and sometimes they’ll just carry you to the bottom of the sea and dance with your corpse, but seriously, considering we all have to die one day it’s not a bad way to go.

Two. Everyone knows that when you add potential death and destruction to sex and desire, you’ve pretty much hit the motherlode.

Three. Mermaids are totally unattainable. Even if you caught one you couldn’t have sex with her, because she has no genitals. And if you try any other moves on her she’ll likely slip away anyway; she is half a fish. So you can only long for her, and everyone knows that longing for something is usually better than having it.

Four. Mermaids live in the very bottom of the ocean, alongside strange wondrous monsters that no one has ever seen. They represent secret knowledge and the subconscious and darkness and mystery and birth and all that kind of stuff, and if you could find a mermaid and get her to reveal her secrets to you you would get totally rich and possibly become a demigod. Which some people believe Warren Ellis already is. Hmm.

Five. Mermaids are two things at once and everyone knows that being two things is always better than being one. That’s just math.

Six. Celebrities always dress up like mermaids and everyone knows that celebrities are better than regular people. Plus, Bettie Page was a mermaid: 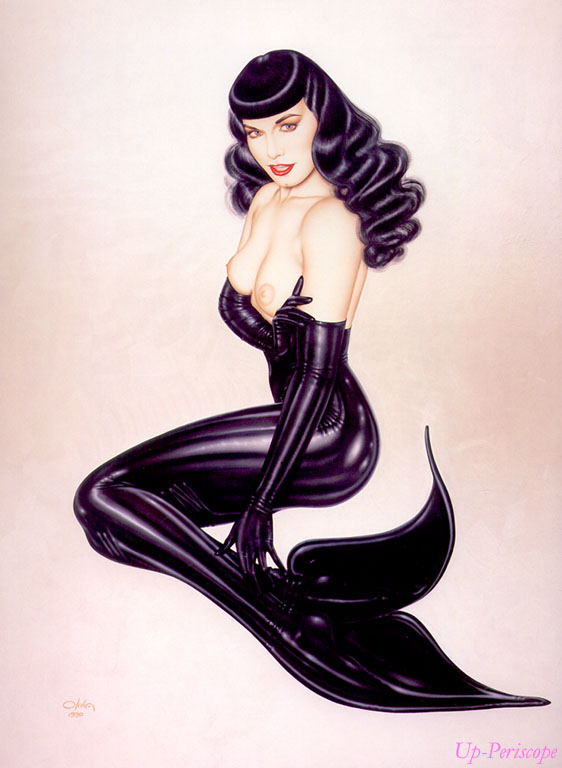 Seven. Even Superman was into mermaids. 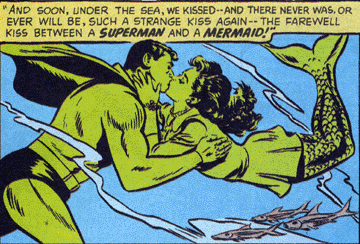 Eight. There are whole cities of mermaids you can go visit. There is Weeki Wachee Springs in Florida where real mermaids swim in an underwater theater. The symbol of Warsaw, Poland, has been the mermaid since the middle ages and there are a few famous statues there including this weird big mermaid on the Vistula River that was one of the few things the Nazis left alone when they tore that city down. Why? Because it was just a mermaid and they didn’t realize that the mermaid is Warsaw’s protectress and has this big political significance. She also carries a shield and a sword. So mermaids can be totally badass and trick Nazis.

Ten. There are many, many awesome novels written about mermaids, and by many many I mean mine 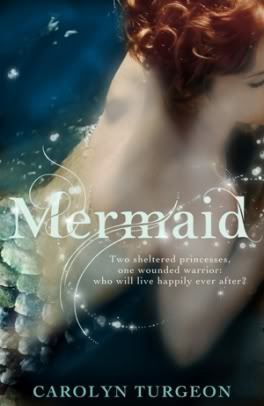 Now, with all that said, the questions remains: why does Warren Ellis hate mermaids (or pretend to hate mermaids) when the rest of us love them so?

Well I am no Freud but as an expert in mermaids I have my own suspicions.

Look at what Wikipedia says about mermen:

“In Finnish mythology, a merman (vetehinen) is often portrayed as a magical, powerful, handsome, bearded man with the tail of a fish. He can cure illnesses, lift curses and brew potions, but he can also cause unintended harm by becoming too curious about human life.” 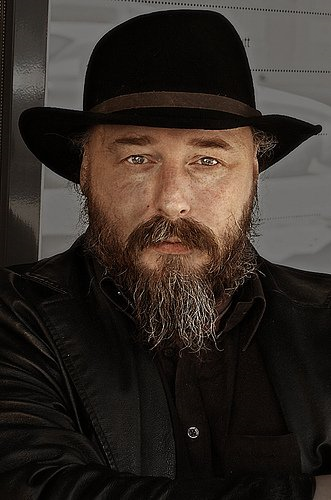 I will let you draw your own conclusions.

Carolyn’s fishtit altar is at http://iamamermaid.com/. Her personal haddock cave is at http://www.carolynturgeon.com/.  And here’s the Amazon link for MERMAID.  At which point I have to admit that the mad woman writes beautiful prose.